I love my new Holga

A little while ago, I wrote about my new toy. Well, I’ve had a tonne of fun with this baby and below are the results so far.

This is NOT a cheap thrill. I’ve written off two rolls of film – one medium format and one 35mm – and have very few shots top show for it. It’s true what they say about 35mm in a Holga – it’s flamin’ hard – you have to wedge it in with foam or a piece of cardboard (which is what I did) because the area where the film goes is wider than a roll of 35mm so without the wedging, the film would move around all over the shop. But man alive I LOVE the finished product.


Roll 1 – 120 Medium format
Not as much light leak – a lot shakier, probably due to some problems I was having with the camera (the Lomography Society were great and they replaced the camera with a new one as there was something wrong with the shutter). 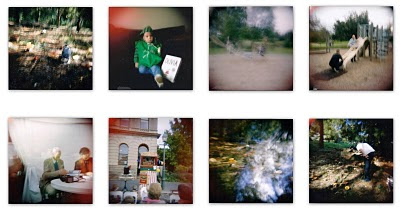 Plenty of light leak!!! Could be because I had to open the camera so many times because of the shutter problem. It did the trick though. The light leak is one of the big reasons why I’ve bought the Holga. I love that everything looks like it’s a summer day. And I ADORE that everything is captured in the frame, including the film details – look closely. I’ll add a step-by-step guide to the 35mm mod when I play with the next roll of film. 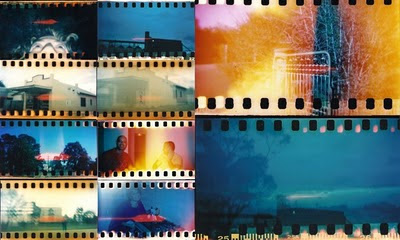