Covers and Back cover Blurbs

Synopses, Back cover blurbs, author profiles – these are all SO MUCH HARDER to write than a 90,000 novel.

I wrote this back cover blurb for a finished by unpublished novel called “Floating Upstream”.

“Did you ever feel like everything had just grown gone still around you? With no movement. And the stillness cloaks you like a hot Sunday afternoon, heavier than water when you’re trying to float against the tide, floating upstream.” Giulia Calvo is a starry-eyed girl in a Sicilian village, whose sweeping aspirations are unable to be contained by neither a small town. She silently challenges her brutal father, and loses herself instead in the men whom she encounters in hushed cemeteries, on crumbling balconies, in the gypsy quarter and beneath the fireworks of a village left devastated by war and families secrets. As Giulia prepares for life beyond the confines of her family walls, she unearths the lies her family has long-suppressed and learns to create secrets of her own. A candid coming-of-age story, Floating Upstream is the story of a girl’s search for the love that can only be found in songs and storybooks and of the freedom that is carried with the sulphur from the northern side of the tracks, hoping that she hasn’t missed the train.

And this is an early cover draft: 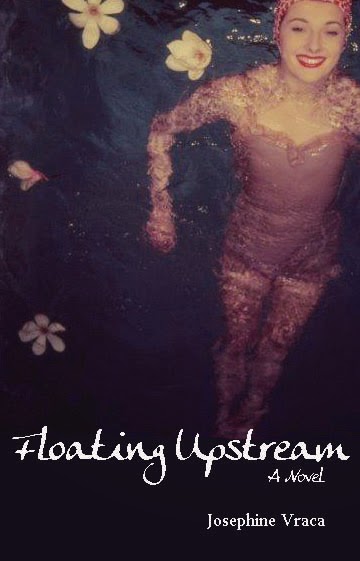 Getting Ready to Publish a Print Edition of “Girls”.